The Merriest of Holiday Memes

Memes are certain to get you into the holiday season, or at least distract you from any family unpleasantries. From Ron Burgundy, to a pug wearing a Christmas tree on his head, to Snoop Dogg’s personalized take on a holiday classic, you’ll want to keep scrolling. What do you leave hipster Santa? What do you do when you’re stuck at home? How stoned is too stoned when opening presents? Let the wisdom of the meme take you over!

Pay attention to Ron Burgundy. He may not be the brightest man, but he sure does know his scotch…”scotchy scotch scotch, here it goes down, down into my belly mm mm mm.” 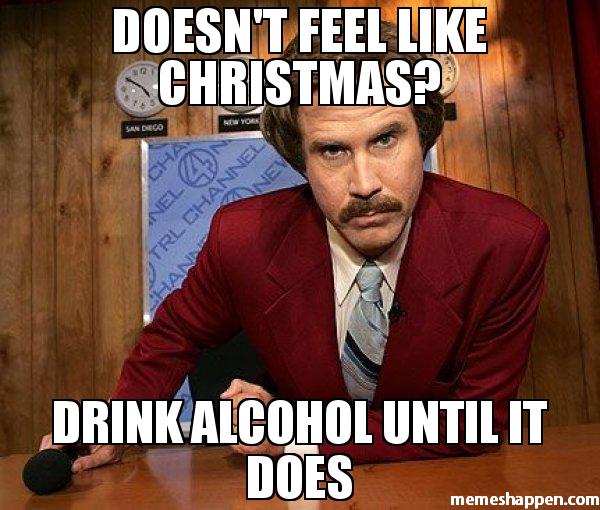 Break out your vintage typewriter and leave Nicholas a little note. Make sure you compliment him on his recent weight loss, the yoga and cycling has made all the difference. 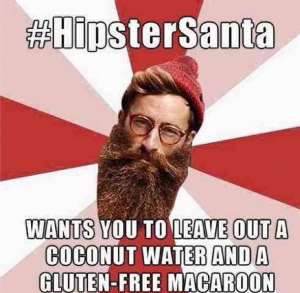 Grumpy cat will ruin your holiday. Every time. 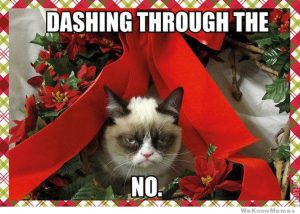 This pug is an individual. He knows himself, damnit. 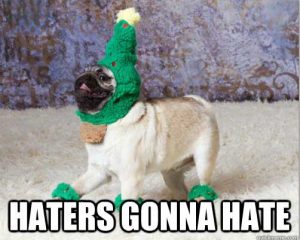 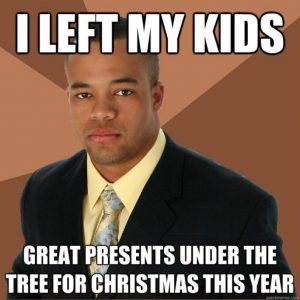 Thanks, Ma! I totally “didn’t” know you were getting me the limited edition Harry Potter book series I asked for. Sorry I started to throw a tantrum anyways… 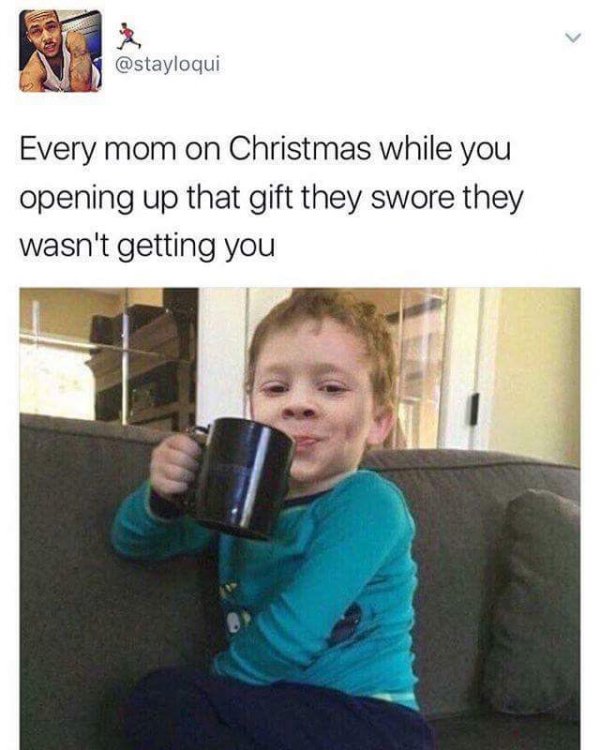 “You can’t keep me cooped up in here! I am a peacock, you gotta let me fly!”(kicks water cooler). 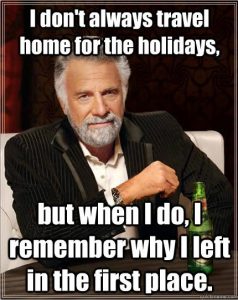 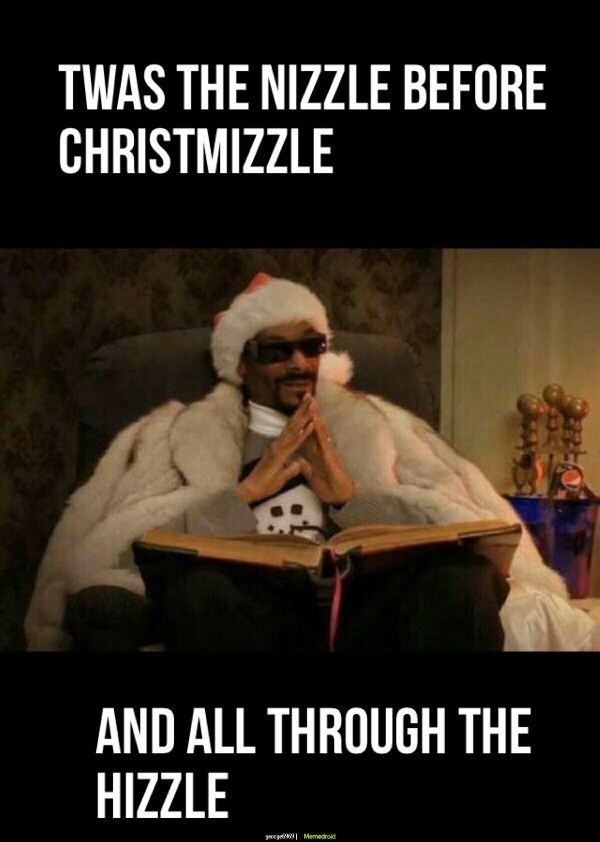 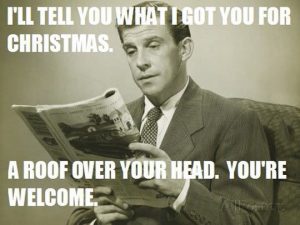 (Parents cringe) I’m sure it is, buddy… 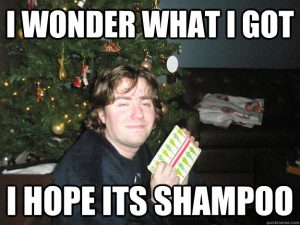 We know you’re not done being distracted yet. This quiz will keep you procrastinating all day long.

Stand-up comedians have always said what others are afraid to. These seven holiday stand-up routines are artfully done, showing the everyday person why what they are doing every year during the holidays can be bat-sh** crazy. Why is Jesus’ birthday the most materialistic day of the year? Why do we continue to talk about the same stuff every year with our family members? And why is it that Santa Claus won’t bring Sarah Silverman any presents? Comedians help us reflect on what we really want out of the holiday season and all the absurd moments that go along with it. Enjoy!

In this segment from his 2005 special, Beyond The Pale, comedy extraordinaire, Jim Gaffigan, walks us through absurd human behavior around the holidays. From hanging socks over the fireplace during Christmas to hiding eggs around the yard on Easter Sunday (does it all revolve around Jesus…?) Gaffigan’s holiday stand-up routine makes everything we do seem strange.

“What Would Jesus Do?” asks Silverman in her original song, “Give the Jew Girl Toys.” Feeling neglected because of her religion, Silverman is just looking for some love from the big bearded man we’ve come to know as Santa Claus (is that German?), who she even offers to date. If you ask me, it depends on the present.

It’s 1992 in New York City and hilarious essayist, David Sedaris, is an elf at Macy’s’ Santaland. He failed his drug test, but still landed the gig due to his height. His elf name is Crumpet. Reading directly from his diary during this time, Sedaris invites us to laugh at his misfortunes whether it’s being forced to sing “Jingle Bells” to a screaming child, or when he was led on by an elf named Snowball.

Amongst other things, Chris Rock leans into Christmas (5:05), exposing the ways in which our society has commercialized Jesus, the least materialistic guy’s, birthday. “No bling on Jesus!”

“You guys know that I’m just your parents right?” Watch angsty leftist Santa drop a little knowledge on ignorant capitalist America. “Truth” is what he’s spewin’ and no plastic wrapping is gonna stop him.

Steve Martin has more than one wish. Enough said.

Jerry Seinfeld Is Over the Holidays

Jerry Seinfeld reminds us that the most monotonous and awkward family moments tend to take place in the living room. When do you use the living room? Holidays. Think back to the post-meal conversations, the small talk, the small stream of drool dribbling from the corner of your great aunt’s mouth. At the end of the day it all ends with the same question: “Well, what are ya gonna do?”

We know you like to laugh as much as we do. Don’t miss out on these awesome SNL Christmas skits for some more giggles.

Christmas is weird enough already. We leave out milk and cookies for a fat man who flies through the sky on a sleigh. We sing obnoxious amounts of Christmas songs, buy things for people we don’t really care for, and put presents in a sock. If that’s not super bizarre already, wait to you see what the rest of the world does. This roundup of the top ten most interesting holiday traditions will have you searching for pickles and praying for poo. 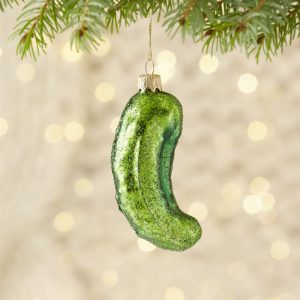 Surprisingly, this Christmas tradition is fairly normal compared to the others. We won’t get into the entire backstory, but on Christmas morning, the child who finds the pickle ornament gets an extra present and good fortune for the year. Tell us that doesn’t tickle your pickle! 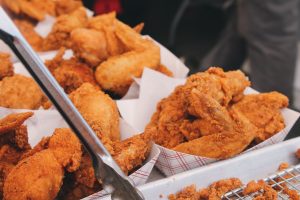 It seems like in America, KFC remains popular with southerners and stoners, but in Japan, it’s a full-on Christmas tradition. What started out as marketing genius on KFC’s part in 1974, has grown into something big. Millions of people in Japan get the finger-lickin’ good stuff by the bucket for their Christmas feast. 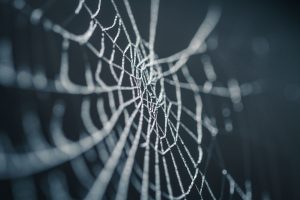 4. Estonia: To the Sauna 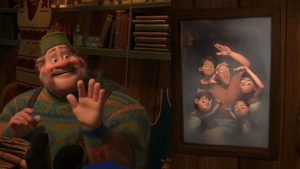 All we can say to this is, “Yoohoo! Big Summer blowout!” If you’re not getting the Frozen reference, we have some suggestions for you, but aside from that, we’re all about this Estonia Christmas tradition. The whole family heads to the sauna for the holiday. We hate cold, so this sounds like a sweaty situation we’d like to be a part of. 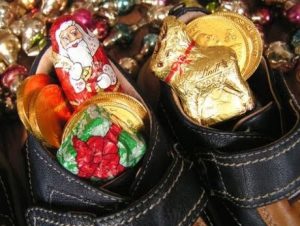 This is fairly similar to the tradition of stockings, but in the Philippines, they choose shoe over sock. Children leave their nice shoes out for the night, and when they wake up, they are filled with candy. If the child has been bad though, they put a stick in it. We don’t get it either, but a shoe full of candy sounds like the type of Christmas we want to have. 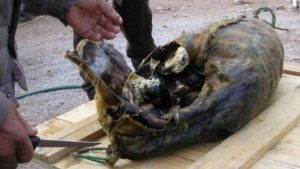 Alright, we’re choosing KFC over this one in the biggest way. Greenland, you’re pretty and all, but y’all are freaky with this one. Two words: fermented bird. They capture they native birds, and with the beak, feather, and well, everything on, they wrap it up to ferment for a few months. Christmas is apparently the perfect opportunity to open and up and eat this smelly thing. HARD PASS. 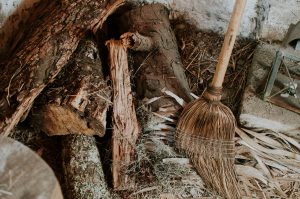 Norway once believed that witches were out and about during Christmas, leading them to hide their brooms around the holidays. Although Norway has brightened up a bit, they keep the tradition strong. But honestly, whoever said there are no witches during Christmas has never seen our mothers before family comes over.

8.Sweden: The Scariest Rice Pudding Ever 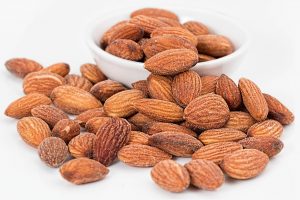 This generation is clearly scared of commitment, so we’re naturally terrified of this Swedish Christmas tradition. An almond is buried beneath the surface of rice pudding, and the lucky person who finds it in their bowl will apparently be married within a year. A year isn’t even long enough for us to decide whether we like our new shoes let alone settle on someone! 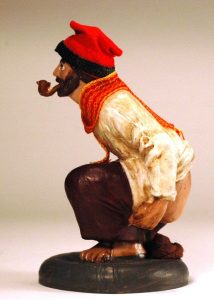 Catalonia, you sly dog you. They get the award for the most ridiculous holiday tradition that we all wish we could adopt. El Caganer, which translates roughly to “The Crapper” shows up in his porcelain glory and graces homes, public spaces, and nativity scenes with his presence. The figurine or statue, depending on his size, shows up on December 8th, is “fed” by the children until he POOPS OUT PRESENTS. We did not stutter, and we literally cannot make this sh*t up. 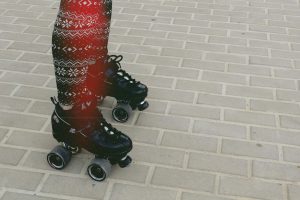 Despite the fact that most of North America wouldn’t be able to ride through the snow and ice winter brings, this one is awesome. People in Venezuela must have put their hands up one Christmas and said “we’re bored. Let’s strap on our freakin roller skates and SKATE TO CHURCH,” and everyone else realized how great of an idea it was. Never stop doing this Venezuela.

Despite your background or where you live, we all have one holiday tradition in common: drinking. Check out these boozy holiday treats we’d be happy to have as a tradition.

Around the holidays, listening to music is pivotal when getting into the Christmas spirit. From December 1st to December 25th, it’s all about the Christmas tunes… especially holiday rap!

No matter if you like Christmas or not, Christmas music can make any bad day better. With just one song, your entire day is turned around.

It does get boring having to listen to the same music over and over again, so switch it up with this list of the best Christmas rap songs!

We promise you will NOT regret this…

D.M.C killed this song. Whenever you want a different Christmas jam, this is for sure a go-to. 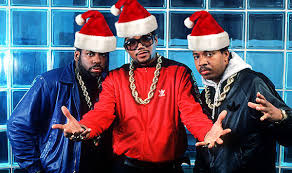 DMX took this to a whole new level, and we are here for it. You just have to hear it for yourself! 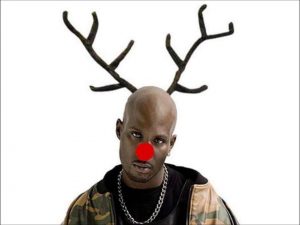 A piece of art. We love all the songs, but this one stands out. Christmas is rappin’ this season, don’t miss it. 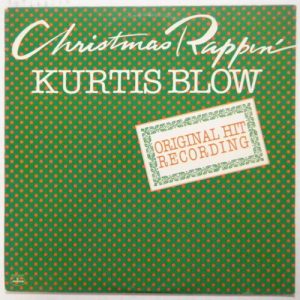 All of these legends together? How can they not make a Christmas hit?! 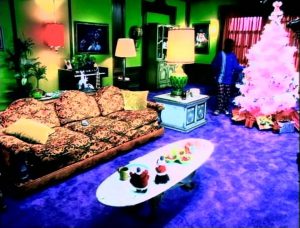 The title says it all. You will regret not listening to this. 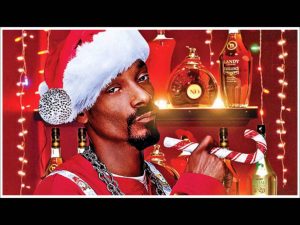 This song will make you want to dance until you collapse. It’s just so good and had to be on our top 10 list! 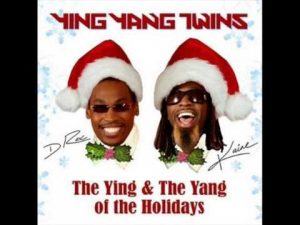 A twist to the original “Carol To The Bells,” Ghostface Killah nailed it with the lyrics and the new and improved beat. 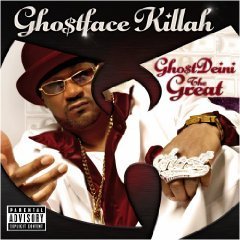 Maybe a little different style than the other songs, but this is a Christmas classic, a true bop. 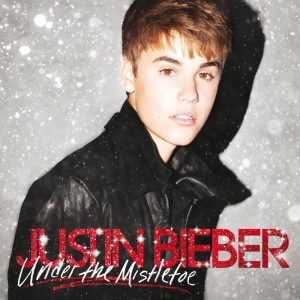 These three guys are amazing and the song is even better. Laughing at Christmas music is always a good time! 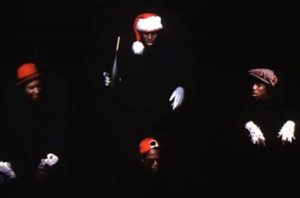 We are in love with this song, and it will be on repeat until Christmas Day. 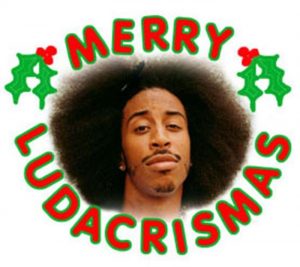