Father Christmas tends to have many personalities, especially when he leaves the North Pole and heads to the modern world. For whatever reason, St. Nick still hasn’t acclimated to society and has trouble fitting in. Other times, however, you can’t knock him for expressing himself. He surfs, he models, he flashes strangers on the streets of major cities…just you wait and see. He’ll tell you all about it!

This young gentleman and I hit it off last week at his swim meet. The color of his speedo caught my eye. The next thing I know, we’re hanging out at an after-hours jazz bar where he’s serenading my fleet: the reindeer, a couple elves, and me. He wanted a picture with Big Poppa Claus and you know I can’t turn down a lap-photo. We’re pen pals to this day. 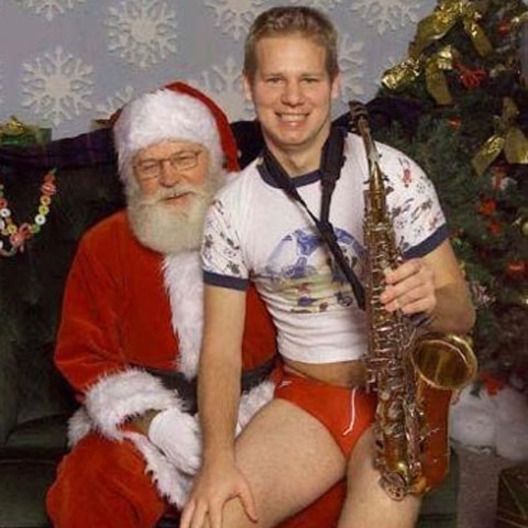 With the smell of motor oil and burning rubber, I spent the better part of 2017 biking down the freeways of the world with a slew of gangs. Each group of hoodlums contributed to what was once just a sleeve, but it has now taken over my entire body (even under the red knickers). Along the way, the peeps I was riding with adopted many names including, Dirty Kris and the Tijuana Brass, Nick Norris and the Nitwits, Santa and his Satanic Soldiers, Big Claws and the Knuckle Brothers….the list goes on and on, man.

Never heard I was a flashy guy? Ho Ho Ho! Scared the sh** out of some pedestrians the other day, but can you blame me? Santa likes to get up to some debauchery every once in a while. I’ve got mad free time yo. Honestly, the only thing I remember is yelling, “Take a look at my jingle balls!” 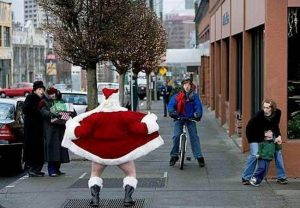 Hey der, ya’ll! I got stuck down in ‘Bama last month and was introduced to hunting. Pretty messed up if ya ask me, but some good ole boys went open season on my crew so I stole an ATV and tried to pay some tribute to the furry fellas. Wasn’t my best moment, but the warm weather weren’t too bad. Now I’ve got this crazy accent and I’m almost outta fuel… 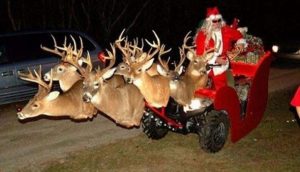 Sup brahhh! Just soaking up some sun, catchin’ some rays down here in San Dieeego. The peeps are nice, and I’m workin’ on a pretty serious tan. As my main man Spicoli says, “All I need are some tasty waves, a cool buzz and I’m fine.” Radical!

Rough night. Ole’ Santy had a few too many lime ricky’s and decided to steer the sleigh back to the Mrs. I think Blitzen tried to talk me out of it, but I’m the boss. Anyways, we didn’t make it past Pittsburgh when we hit a flock of geese in the night. RIP me. 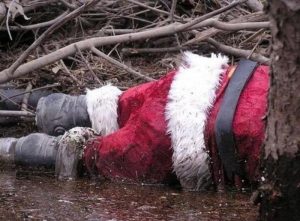 Ya lose a few pounds and trim the ole’ beard and what do ya know? Canadian fashion moguls are pulling me off the street, dressing me up and down in these funky clothes, and now I’m an icon. “Canada’s sexiest Santa,” they say. Not gonna lie, Mrs. Claus has been quite receptive to the new look. 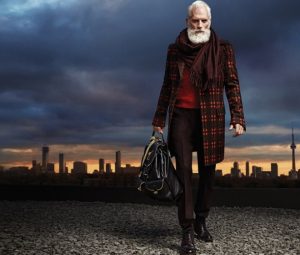 Take a look at some Holiday Memes while you’re at it!

The Most Cringeworthy Family Christmas Cards in Existence

Happy Holidays from us to you! We’ve decided not to do a Christmas card this year, but don’t fret! These cringe-worthy, funny Christmas cards are sure to be sufficient.

But hey, if you’re looking for inspiration for your next Christmas card concept, keep reading too!

Why let a little breakup stop you from sending out your holiday cards?

The ‘emo but we have to be festive’ card

When clearly, it’s not just a phase.

She’s taking being an embarrassing mom to a new, sultry level.

The ‘was this thing planned or nah’ card

The ‘I want my children to have Daddy Issues’ Christmas Card

The ‘sh*t only white people do’ Christmas Card

I have so many questions about this picture: 1. Is this real or photoshop? 2. How are they going to get down? 3.Is the dog even doing anything?

*Note to Self* Never take a Christmas Card photo in the hot tub.

I’m not sure what’s more cringe-worthy in this photo- the boys’ slicked back hair or Santa’s smile.

This photo definitely is giving off some Human Centipede vibes.

If you loved looking at the aftermath of families trying too hard for their Christmas cards, you’ll love these over-the-top Christmas trees.

10 Types of Drunks at Your Family Christmas Party

Picture this: it’s Christmas Eve. You’re stuck at your Uncle John’s annual Christmas party, and your only companion is a cup of your mom’s holiday jungle juice.

But you’re not the only one at the party getting drunk to cope with your single status and impending student loans. Aunt Debbie is in the corner with a bottle of pinot grigio thinking about her divorce. Your cousin’s girlfriend is chugging beer just to stay afloat. Finally, your uncle is pretending to enjoy the potent holiday whiskey on in his glass to protect his waning masculinity.

So relax, throw that drink back and see if we can predict the other types of drunks in your family. 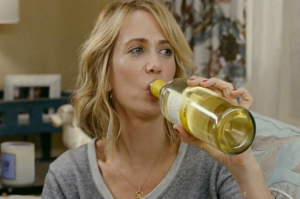 What would your family do without dear Mom diffusing all the arguments that arise every family party? Though you may think she is the master at maintaining peace, don’t be fooled. You can find your mom chugging wine straight from the bottle in the kitchen in between political riffs. 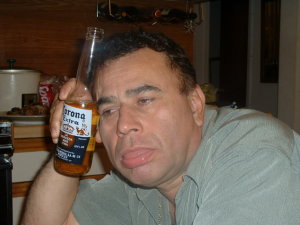 Your dad married into this family thirty years ago. He knows what he needs to do to survive the holidays. Stay quiet, drink some beers, and pray that Sports Center is playing something he can at least pretend to watch on TV. 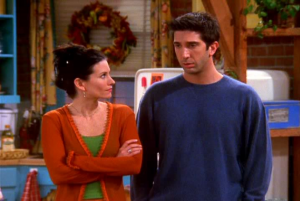 You grew up going to these family parties together. At this point you guys are pros at dealing with them together. Sometime around 8 o’clock, you two will share a wordless look with each other from across the table. After, you’d know to meet in the kitchen in 10 minutes to chug the fire whiskey nips that you guys snuck in. At least you have one person who’s on the same page as you. 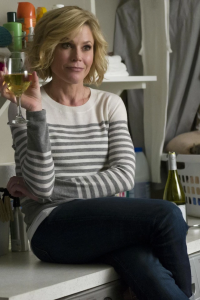 If you need someone to diminish the confidence you spent years building up in less than five minutes, look no further than your Aunt Debbie. She’ll bombard you with comments like, “Don’t worry, there’s someone out there for everybody,” and “English? What an impractical major.”

However, after a few glasses of your mom’s famous White Winter Sangria, she’ll be complaining about her ex-husband and divorce faster than you can say, “Feliz Navidad.” 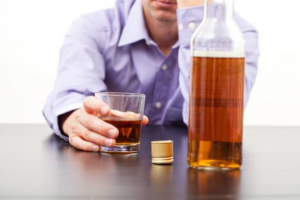 Uncle John just had the realization that he’s not getting any younger. So, his middle-aged self went on a spending spree and got a new car, hair plugs, and more expensive whiskey than he could ever care for.

Unfortunately, now he’s stuck drinking it for at least the next five family parties. Make sure to pick him up off the floor later in the night and place him next to your dad on the couch. 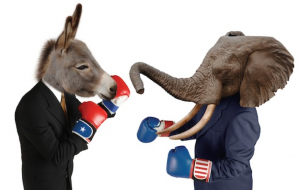 On one side of the arena is Jared, your bitter, finance-majoring cousin who doubles as treasurer for his fraternity. And on the other, you have Susan, president of the Young Liberals club at Wellesley and proud environmental advocate on twitter.

After some sangria, these two will go at it viciously and make everyone at the table feel uncomfortable with their shoutings of, “Femi-Nazi!” and “Bigot!” 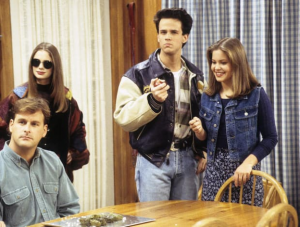 There’s nothing that can quite prepare your cousin and her boyfriend for the hell that they’ll surely receive at this family party. If it’s not your Aunt Debbie telling them that marriage is a huge mistake, then it’s your uncle making drunken, inappropriate jokes about their sex life.

If your family hasn’t scared them off by the end of the night, I can guarantee you that it’s because they’re hammered. These guys are your only allies. Stick with them for the night.

The ones who married into your family 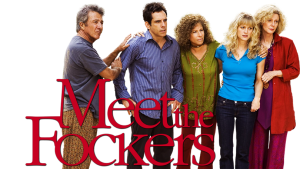 You can find these guys silently watching from the corners of the dining room with some craft beers in hand, hoping that they will continue to be ignored. Unlike you, they chose to become a part of this family, for better or for worse. And during holiday parties, it’s definitely for worse. 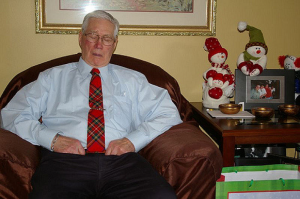 After one drop of the red wine paired with dinner, this guy will be long gone. Expect to find him snoozing loudly on the couch next to your sport-watching dad and whiskey-drinking uncle.

The one sober family member (alternate names include: Buzz Killington, The Square, Mr. Normal, The Worst)

We can make fun of all the different types of drunks all we want, but the person we secretly hate the most is the one sober family member there. Whether it’s Aunt Sharon who’s on a health kick or your third-trimester pregnant cousin who’s ate the entire chocolate cake, you’d rather stick with your crazy, drunk relatives than deal with anyone sober. Eugh.

Did we guess the archetypes correctly? If you want more of these funny Christmas articles, do check out our blog for more quality content!